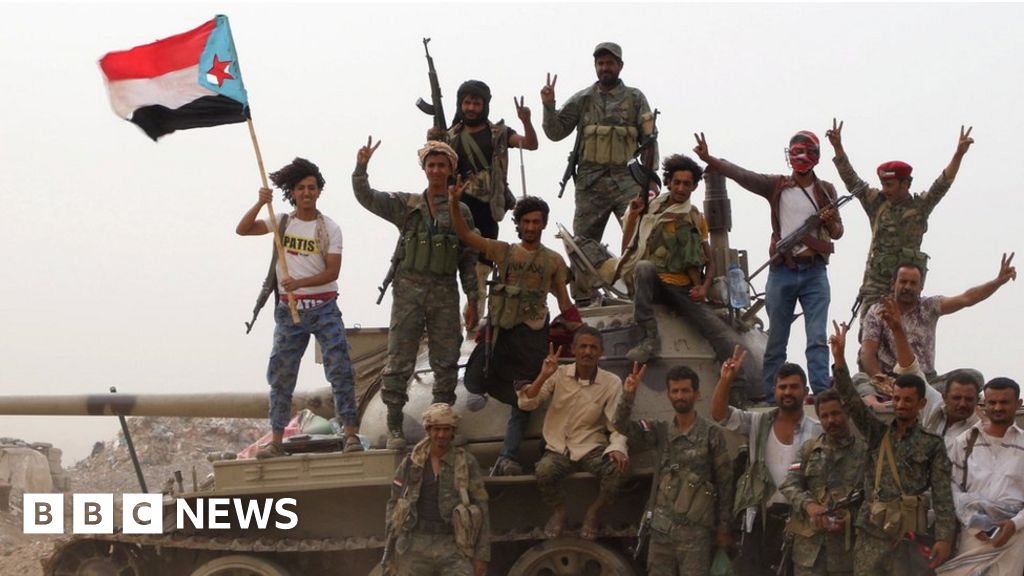 Separatists in southern Yemen have declared self-rule, breaking a peace deal signed in November with the internationally recognised government.

The Aden-based Southern Transitional Council (STC) declared a state of emergency, saying it would govern the port city and other southern provinces.

The STC is supported by the United Arab Emirates.

The Saudi-backed Yemeni government warned of “dangerous and catastrophic consequences”.

“The announcement by the so-called transitional council of its intention to establish a southern administration is a resumption of its armed insurgency… and an announcement of its rejection and complete withdrawal from the Riyadh agreement,” Foreign Minister Mohammed Al-Hadhrami said in a statement.

The two sides signed a power-sharing deal that was described by the UN as an important step towards ending Yemen’s civil war.

A Saudi-led coalition launched a military intervention in support of the Yemeni government in 2015, after Houthi rebels seized the capital Sanaa. The UAE is a member of the coalition but supports the southern separatists.

In August last year, the STC took over the government’s temporary capital, Aden, after accusing the administration of mismanagement.

The war in Yemen has been described as the world’s worst humanitarian crisis, with more than 100,000 people reported to have died.